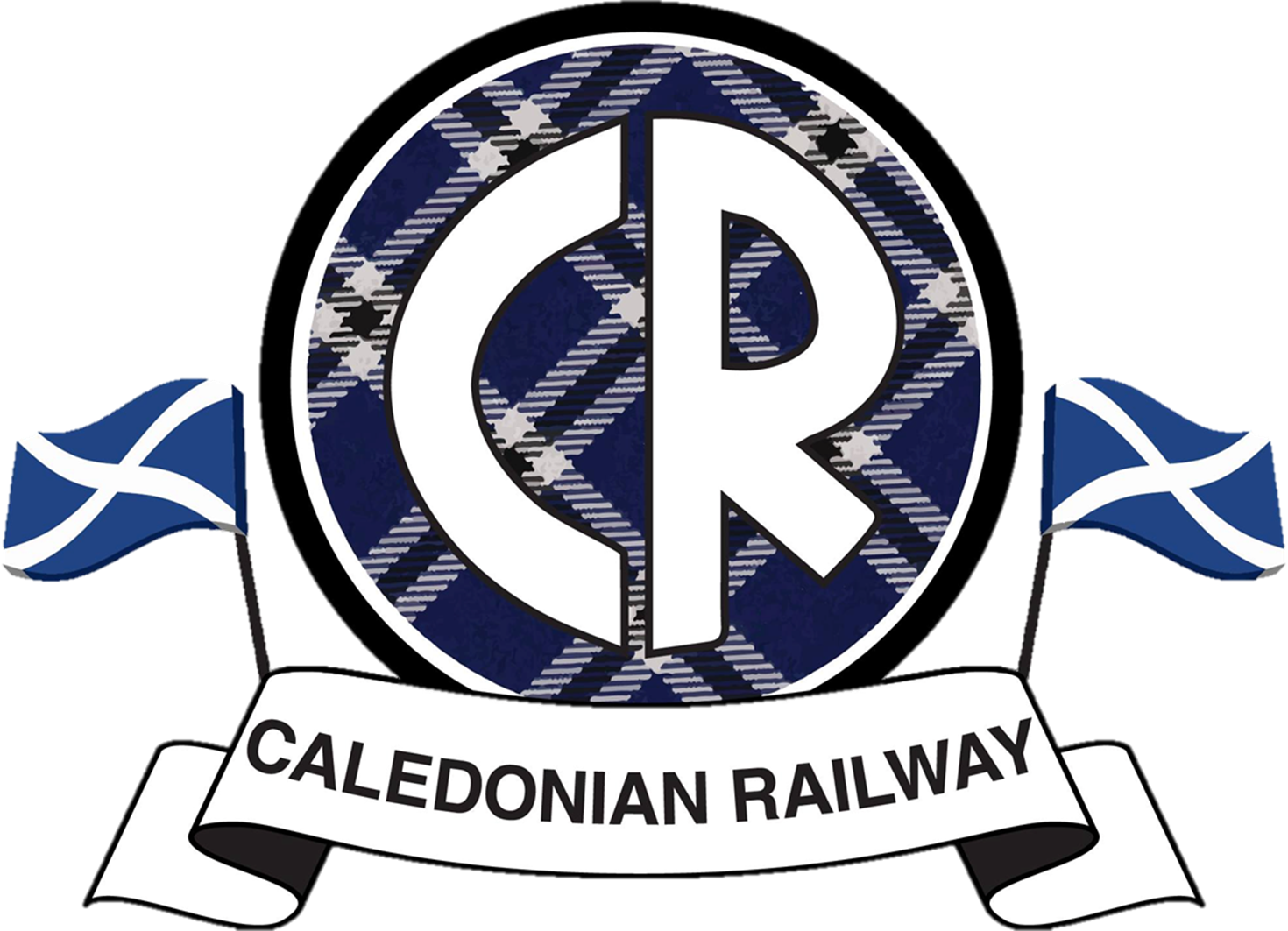 Train services are operated by the Caledonian Railway. For details of services please click the CR logo above, the images below or email the Railway.

The B.R.P.S. was formed in February 1979 by local railway enthusiasts, when the Kinnaber Jcn. - Brechin line was still in use by B.R. for freight traffic. It was felt that the four mile section between Brechin and Bridge of Dun had all the makings of a Classic preserved railway, which, after thirteen years of hard work, proved to be true. The first locomotive arrived in June 1979, building up over the years to no less than five steam locos, ten diesels, fifteen coaches and over sixty wagons. The members of the Society are drawn from all walks of life, tradesmen, public service workers, professionals, ex-BR. employees and privatised railway employees, and, lastly if not least, retired members of society. Indeed the major part of the coach restoration gang are, senior citizens. All working on a voluntary basis for the good of the Caledonian Railway. Being a member does not mean that you have to come down and get your hands dirty, you can support us from home. Most Preservation Societies have only around 10% of their membership involved in running their railway, for ourselves at Brechin we have about 15% [roughly 30 volunteers] involved.

Membership of the B.R.P.S. entitles the holder to:

During the past few years the Society’s funds have been used to: